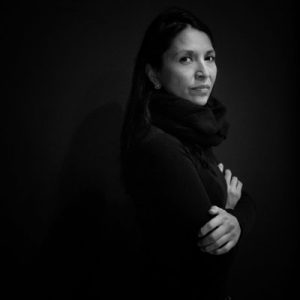 CCHE would like to alert you to a lecture by journalist and tribal citizen Jenni Monet coming up on Thursday, May 9th ~

Jenni Monet is an award-winning journalist who writes about Indigenous rights and injustice. She received top honors for her coverage of the Dakota Access Pipeline battle in which she chronicled the movement for six consecutive months, resulting in her arrest and ultimately her acquittal.  Monet is a tribal citizen of the Pueblo of Laguna and divides her time between New York and the Indigenous world.

“The Crisis in Covering Indian Country” will explore the things Monet has learned along the way and discuss topics such as misrepresentation and erasure of Native Americans in the press, the absence of Indigenous journalists in newsrooms, and why media representation matters in understanding important issues such as violence against Indigenous women in Indian Country, an issue central to Monet’s current investigation.